From JoJo's Bizarre Encyclopedia - JoJo Wiki
(Redirected from Catch the Rainbow (On a Stormy Night...))
Jump to navigation Jump to search
English 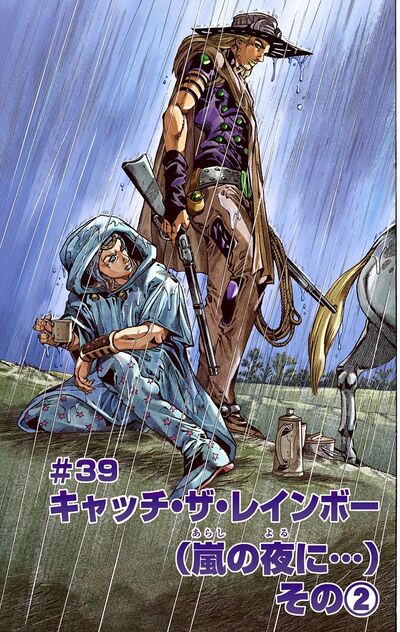 The duo then meets Lucy and Blackmore almost at the same time and a fight ensues. Catch the Rainbow immobilizes Johnny and Gyro, but the latter manages to throw a steel ball on Blackmore by evaporating some raindrops. Blackmore dies from his wounds, and the Spine enters Johnny's body as the weather calms itself, and the next Corpse part's location reveals itself to the duo.[1]