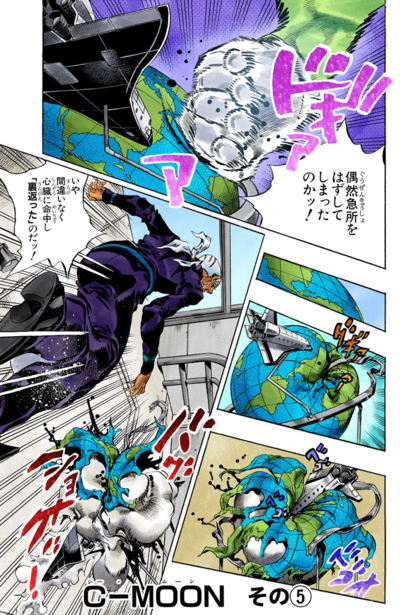 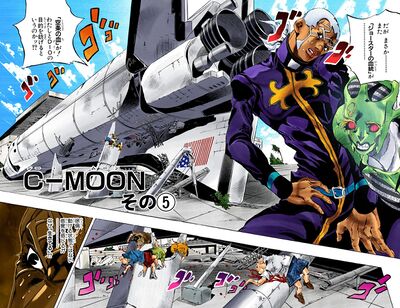 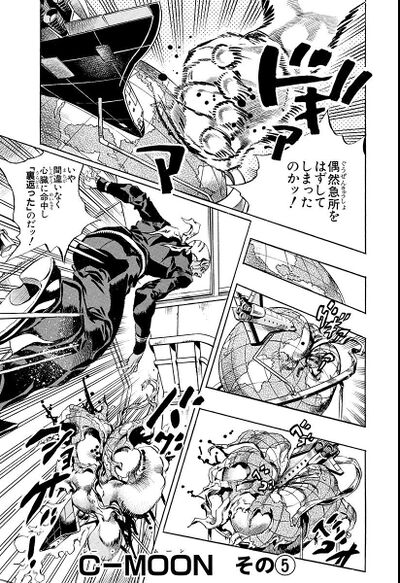 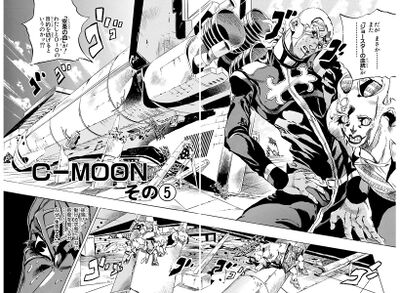 Using C-Moon on a globe, Pucci confirms that a hit to the center of someone should be fatal; reminding himself of the dangerousness of the Joestar Family. Pucci watches over the devastated Kennedy Space Center and the few remaining civilians. Pucci slowly approaches the place where Jolyne supposedly fell to, and sees a piece of Jolyne's clothes torn by a glass window.

Anasui appears and crawls toward Pucci, who sends C-Moon to punch the psychopath. However Anasui was only a civilian the real Anasui disguised as himself and used as a trap, the punch triggering several bone shards springing toward him. C-Moon is distracted diverting the shards, and the real Anasui attacks Pucci from behind with Diver Down. However the priest simply collapses his face to avoid Diver Down's punch, and changes his position, letting Anasui fall away from him. C-Moon advances to pummel Anasui, but suddenly, Jolyne's hand tries to grab his face. Pucci, surprised turns his head, but sees no one. Jolyne, unseen but confirmed to be alive, is now creeping around the priest.

(Mentioned only)
Burning Down the House