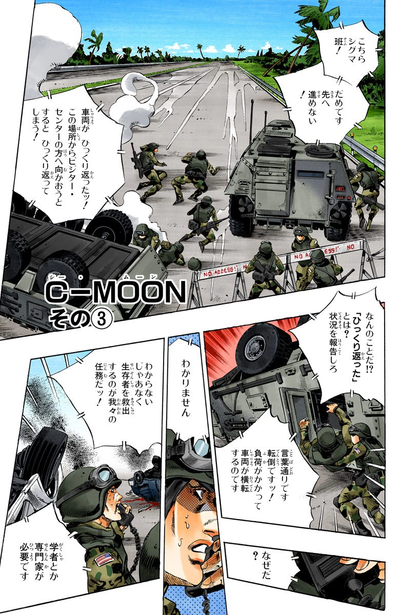 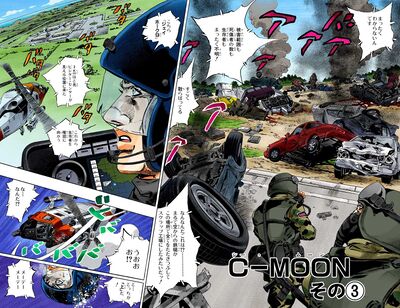 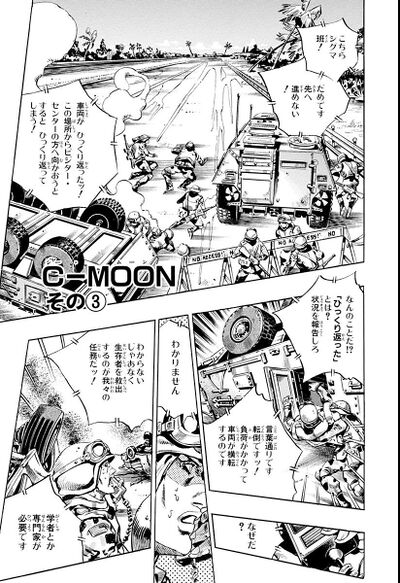 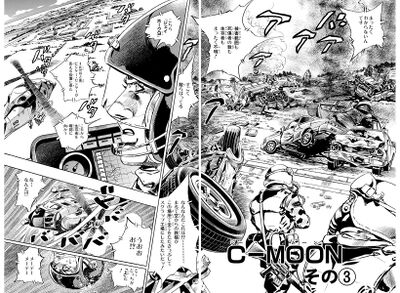 C-Moon, Part 3 ( その③, Shī Mūn Sono 3), originally As Expected (やっぱり, Yappari) in the WSJ release, is the one hundred forty-third chapter of Stone Ocean and the seven hundred thirty-seventh chapter of the JoJo's Bizarre Adventure manga.

In the outskirts of the Kennedy Space Center, the army is blocked by the power of C-Moon, causing the trucks to flip over and the soldiers to slip away. Even the helicopters suddenly crash due to the gravity.

Meanwhile, the string Jolyne uses to choke C-Moon begins to break down. She decides to deal the finishing blow up close, but C-Moon twists the metal beam to get away from her. C-Moon manages to turn around, and fully grabs the string. Anasui then uses Diver Down to transfer the damage to his own arm, giving Jolyne enough time to approach C-Moon.

As Pucci makes his appearance, Jolyne immediately attacks the priest.