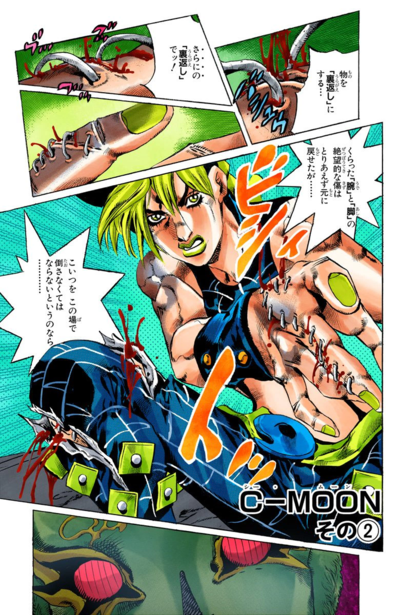 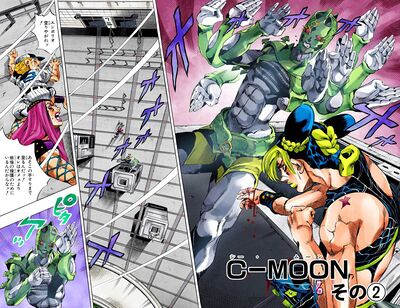 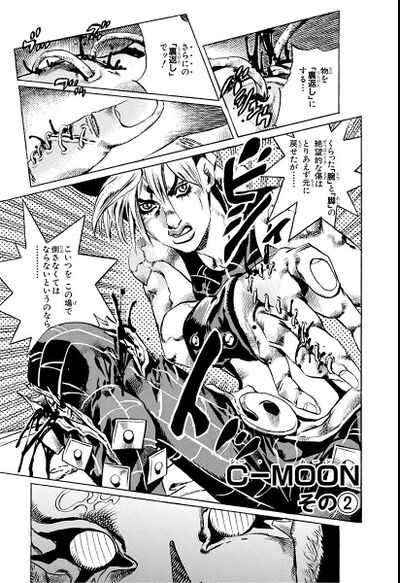 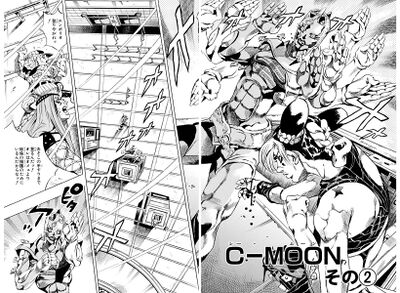 Jolyne and C-Moon confront each other on a ticket booth while Anasui tries to get rid of Emporio in order to help Jolyne.

C-Moon throws a first jab Jolyne barely avoids, then a low kick similarly evaded by jumping. Jolyne proceeds by flipping inside the booth and kicks through the wall, but C-Moon dodges the attack and touches the wall to turn it inside out and tie Jolyne. Before the precision of the Stand, Jolyne realizes that C-Moon is remote controlled, meaning that Pucci must be close.

Diver Down intervenes, attacking C-Moon from behind, but several tiles C-Moon touched strike Anasui. Unbalanced, Anasui falls into the horizon, forcing Jolyne to throw a string to him. Jolyne then slips a knot around C-Moon's neck, choking him while Anasui serves as a weight. Emporio points out that the string is made out of her arm, meaning that when C-Moon touches the string, her whole arm will be lost. C-Moon manages to grab the string, which begins to turn itself inside out, but is still choking.