Kars the Ultimate Being Is Born, Part 1

Episode 25 - The Birth of a Superbeing!!

With the unwitting help of his enemies' UV-based weapons, Kars has achieved his goal of becoming the Ultimate Being! The transformation complete, he rises; the Stone Mask shatters, and the Red Stone of Aja falls to the ground. His arm, however, is still melting from the Ripple sent from Joseph's attack, giving Stroheim hope that he's not entirely invincible.

Suddenly, Kars's hand transforms into a squirrel. This squirrel, seemingly cute upon first look, goes to another squirrel and gnaws on its flesh. The demonic squirrel then launches itself through Stroheim's metallic body and devours a Nazi. As the other Nazis scatter, the squirrel returns to Kars's arm, transforming into a flower, and then into a butterfly. Speedwagon wonders if Kars has gained the power of all living things, but at that moment, the sun comes over the horizon. Kars's vampire minions are disintegrated as Smokey and Speedwagon remember that the sun is Kars's weakness - they've stalled him long enough to expose him to its deadly rays!

However, the heroes' relief quickly turns to horror when they realize that Kars is utterly unfazed - in fact, he seems to be bathing in the sunlight! Kars reminds them that he has become the ultimate being; at last, he no longer has to hide in the shadows. He has tamed the sun! Seeing this, Speedwagon despairs, lamenting that Kars has no weakness anymore - this is the birth of the ultimate being and the end of humanity!

Stroheim is completely aghast, blaming himself for not seeing Kars put the Red Stone in the Mask, but Joseph has a plan to defeat Kars: a last-resort plan, the ultimate Joestar technique. He grabs the Red Stone and...runs away! To avenge his fallen comrades, Kars grows wings and chases after Joseph. 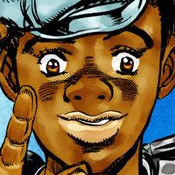 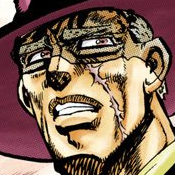 (Death of one)
Stroheim's Ultraviolet Army 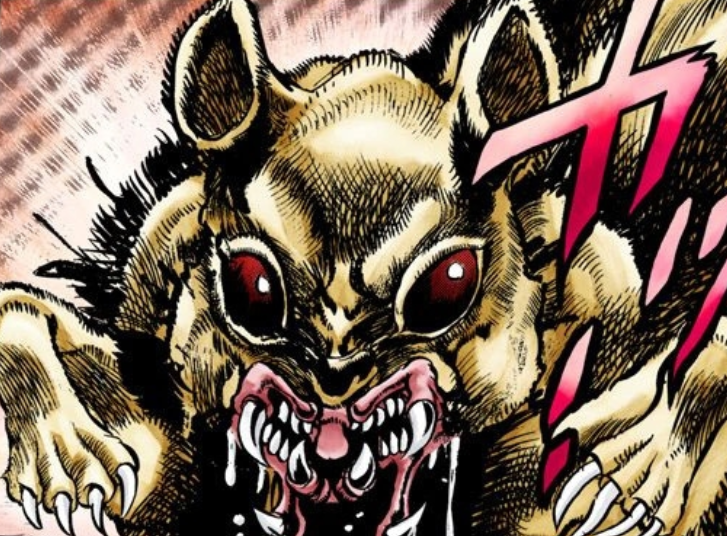