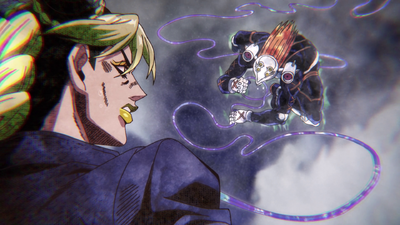 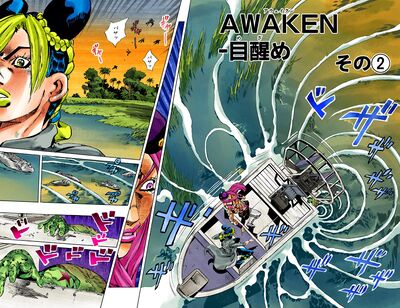 Reaching the Green Baby proves impossible as all of their attempts to approach it fail. When Jolyne unravels her strings towards the baby, its automatic Stand, Green, Green Grass of Home, pulls on it and nearly traps her from falling into its "zero" point. Anasui comes to her rescue, and the Stand becomes more hostile as it throws rocks at them. To their luck, Jolyne and Anasui successfully trap the Stand in a bottle that Anasui had managed to grab from the boat beforehand.[1]