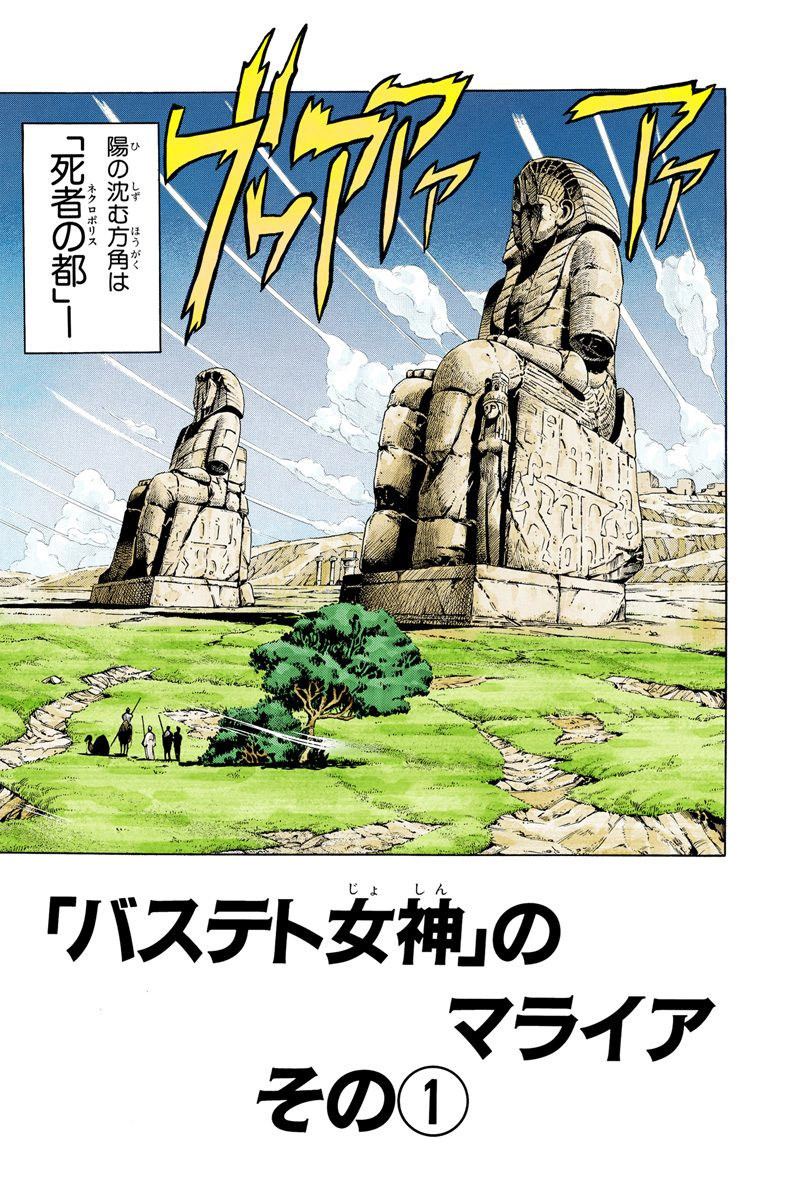 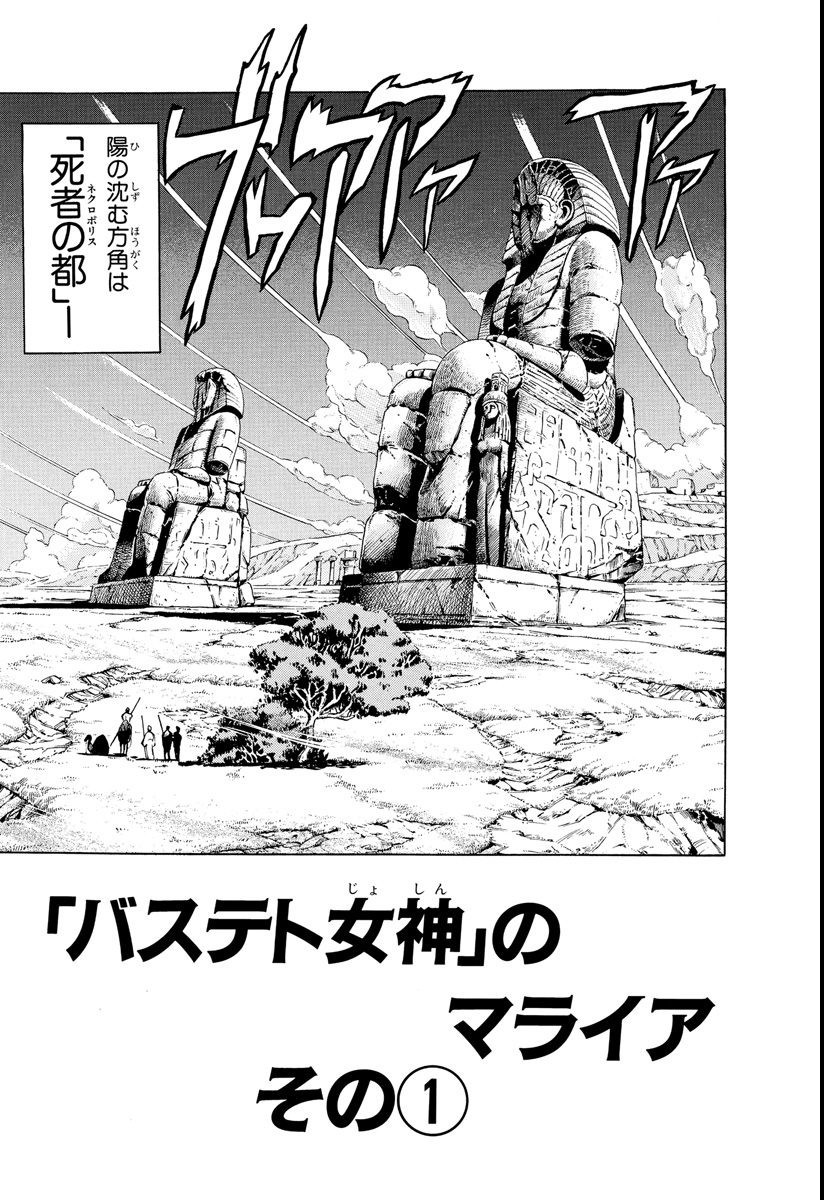 "Bastet" Mariah, Part 1 (「バステト女神」のマライア その①, 'Basuteto-joshin' no Maraia Sono 1), originally That Which Cannot Be Touched (触れてはいけない物, Furete wa Ikenai Mono) in the WSJ release, is the eighty-sixth chapter of Stardust Crusaders and the one hundred ninety-ninth chapter of the JoJo's Bizarre Adventure manga.

The Joestar group continues their journey to Cairo in order to stop DIO and rescue Holy from her curse. They take a quick stop in Luxor, where Joseph decides to use the restroom. However, he quickly decides not to when he realizes how primitive it is. Upon leaving the "restroom" he notices an electrical outlet on a rock. He questions why an electrical outlet would be on a rock in the middle of nowhere, especially since there are no electric cables attaching to it. Curious, Joseph touches it, instantly electrocuting himself. Joseph brushes off the strange encounter and rejoins the group. In the distance, a scantily clad woman named Mariah watches, mocking Joseph's curiosity. She calls back her Stand, Bastet the electrical outlet of love and attraction, and continues following Joseph.

The group stops at a cafe. Once there, Joseph notices his prosthetic hand is feeling weird, and that a nearby radio loses its connection and just plays white noise. The group decides that they will rest up at a hotel, and as they leave the radio begins working again, and unbeknownst to him all of their bottle caps have stuck to Joseph. As they walk, Joseph passes by a man doing construction work. The man's hammer begins pulling towards Joseph, and the nails that the man is holding with his teeth move inward, puncturing his cheeks. The man loses his grip and the hammer goes flying towards Joseph, but Avdol catches it. Not realizing what happened, the group assumes the man threw his hammer in frustration after possibly hammering his finger, so they think nothing of it and continue toward a hotel.